What is Nursing Home Abuse?

Nursing home abuse takes place when any person, whether a doctor, nurse, staff member or aide, causes harm or a serious risk of harm to a resident of a nursing home. These residents are almost always senior citizens and are frequently vulnerable, either due to physical or mental impairment. Abuse can be intentional or simply the result of negligence, either way it represents a serious lapse in care and can serve as the basis for a lawsuit on behalf of the injured senior.

What Is Neglect in Nursing Homes?

Unlike abuse, which is typically seen as active, neglect is often due to the lack of action. Neglect of an older person occurs when someone fails to provide the person with essential services, such as food, water, medicine, clothing, shelter or even supervision. Overworked nurses, who never get around to checking on bedridden patients, leading to the development of painful bedsores, is a good example of nursing home neglect. Though the neglect may not always be intentional, the result is the same and leads to serious and sometimes life-threatening injuries for those residents of nursing homes with nowhere else to turn.

Why Does Nursing Home Abuse and Neglect Take Place?

There are several reasons that abuse and neglect is so common in the nursing home setting. One reason is that many staff members of nursing homes are unqualified or poorly trained for their jobs. Despite the seriousness of the work, some nursing facilities refuse to invest in proper training for staff members or fail to properly screen applicants. This allows people with improper training to come into contact with vulnerable seniors, something that occasionally results in serious trouble.

Another issue that contributes to nursing home neglect and abuse is understaffing. Understaffing in the nursing home industry is shockingly commonplace and leaves staff members spread far too thin to provide proper care for seniors. A recent report by a Congressional subcommittee found that 54 percent of all American nursing homes are understaffed. This leads to things like bedsores, malnutrition and dehydration in patients who are checked on too infrequently. It also allows abuse to flourish, with patients frequently unattended to and signs overlooked by overworked staffers.

Another big contributing factor to the prevalence of nursing home abuse and neglect is that seniors who live in nursing homes represent an especially vulnerable segment of the population and can be easy prey for those with bad intentions. Seniors living in nursing homes are often isolated, physically frail and may be struggling with dementia, Alzheimer’s or other conditions that impact the mind. This means that the elders may be unable to protect themselves and could have a hard time convincing others to take their complaints of abuse seriously.

Is a Charleston Nursing Home Facility to Blame?

Though the abuse or neglect is often perpetrated by an individual, the reality is that the nursing home facility who has hired that person is ultimately responsible for its patients’ care. Beyond the fact that employers have a general obligation to watch over their employees, nursing homes and the companies that own the facilities are responsible for laying the groundwork that leads to such problems. By focusing purely on profits rather than patient care, these companies set the tone that efficiency is more important than providing stellar service to residents. Budgets often dictate decisions regarding staffing, training and background checks, something that jeopardizes the safety and wellbeing of those who have trusted their care to the nursing home.

Other Types of Nursing Home Abuse

Beyond physical abuse and neglect, which can result in painful and visible scars, abuse can take many different forms. Elders are also victims of emotional abuse, being berated, ignored or belittled by staff members, doctors and others working inside nursing homes. Sexual abuse also takes place in some cases, with seniors suffering as silent victims. Abandonment, neglect and even financial exploitation also occur, sometimes without obvious signs or warnings. 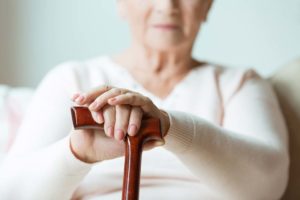 To say that nursing home abuse and neglect and, more broadly, elder abuse, is a serious problem is a serious understatement. According to the U.S. Department of Justice, more than 11 percent of all seniors suffer some form of abuse or neglect each year. This means that more than four million elderly individuals suffer some kind of painful abuse or neglect each and every year.

Those who live in nursing homes have the legal right to be free from any verbal, physical, sexual or mental abuse, as well as chemical or physical restraint that is used for the purpose of convenience or punishment. Restraints can only be used against those living in nursing homes if it is necessary for treating a medical condition and to insure the safety of other staff members or residents. These same rights apply to residents of private nursing homes the same as they do to those in publicly funded Medicare facilities. No one should tolerate neglectful or abusive treatment and thankfully, the law says that no one has to.

Abuse and neglect can be incredibly difficult to detect in some cases where the harm is not immediately apparent. Some of the easiest abuse to detect is physical abuse, which can result in bruises or broken bones. If an elderly loved one begins to develop frequent bruises or broken bones, suffers burns or is often taken to receive medical treatment without explanation, these might be signs that he or she is suffering some physical abuse.

Sexual abuse is much more difficult to detect given a lack of obvious signs. However, if a senior suddenly develops a sexually transmitted disease, complains of pain or is suffering from bleeding or injuries, that might be an indication of abuse.

Indicators of neglect include malnourishment, dirty or missing clothing, poor hygiene, bedsores, skin ulcers and a lack of water or food. These same signs, along with unsanitary living conditions, soiled bedding and a lack of medical treatment, can also indicate abandonment.

Emotional abuse can be very difficult to detect, especially in those suffering from other mental conditions. Possible warning signs include overly fearful behavior, unusual or unexplained shifts in moods, fear of specific nursing home staff members, refusal to see family members or close friends, fear of speaking openly and a general withdrawal from the person’s usual support system.

Finally, financial exploitation may be occurring in cases where money, jewelry or other items of personal property suddenly go missing without explanation. Increases in expenses, suspicious financial transactions or withdrawals and an unusual focus on finances may also serve as indicators of financial exploitation.

The answer to this question depends largely on the specific facts of your case. If a senior is in grave danger, calling 911 or the local police would be the appropriate response. If the person is not in immediate danger, but abuse may be taking place, reach out to the local Adult Protective Services agency to convey your concerns. You can also go directly to administrators in the nursing home facility if you believe they might be of more immediate assistance.

Can You File a Civil Lawsuit for Nursing Home Abuse?

Though all abuse should eventually be reported to local law enforcement officials, your ability to proceed with a civil claim against those perpetrating the abuse exists regardless of whether the state ultimately pursues criminal charges. Civil lawsuits allow victims of abuse and neglect to ask for monetary damage for the harm they have suffered. The standard of proof needed in civil cases is much lower than in criminal cases, meaning it may be easier to hold abusers accountable in a civil setting than in the criminal justice system.

What If Nursing Home Abuse Leads to Death?

Though it is horrible to imagine, the reality is that some nursing home abuse and neglect reaches such an extent that death can result. This failure to provide care can result in criminal penalties as well as a wrongful death lawsuit brought by the loved ones that were left behind. Filing a civil claim to hold the facility responsible for its mistakes is an excellent way to not only honor your loved one, but to protect others who may still be living in the nursing home. Studies indicate that up to 70 percent of all nursing home abuse cases go unreported. By making the decision to push ahead with a civil suit, you help call out those whose bad behavior resulted in deadly harm to your family member.

At David Aylor Law Offices, we care about the well-being of your loved ones in nursing care facilities, and if they’ve been abused or neglected, you can seek justice. Contact our Charleston-area nursing home abuse lawyers online or call us at (843) 548-1570 today.