What Is Disorderly Conduct?

Disorderly conduct is a general term which can include any of the following on public property:

It is important to note that a public place does not have to be publicly-owned property, but can include any place that is open to the public, even if it’s privately owned. This means that the only place in which you can be certain that you will not be charged with disorderly conduct is a private residence. However, even if you are in a private residence or on private property, you could still be charged with public disorderly conduct if the public could reasonably have witnessed or been disturbed by your actions.

What constitutes disorderly conduct is open to interpretation. Although obvious intoxication resulting in “boisterous” conduct can land you in trouble for disorderly conduct, you do not need to be intoxicated in order to be charged. In fact, the law is general enough to allow officers to arrest and charge you for any actions which disrupt the peace or those around you. Still, many disorderly conduct charges are related to intoxication and frequently come with additional charges for violations of an open container or underage drinking laws.

What are the Penalties for Disorderly Conduct?

Under South Carolina law, public disorderly conduct is a misdemeanor, punishable by up to $100 in fines and up to 30 days in prison. The exact penalty will be up to the judge. For a first offense, you are unlikely to receive both a fine and jail time and may even be offered community service instead. However, additional offenses will increase the severity of your penalties.

Even though the crime is a misdemeanor with relatively light sentencing options, it can have greater consequences. If convicted, this criminal record can impact your ability to obtain a job, find rental housing, become a licensed foster care provider, or other things which require a background check.

If you are charged with disorderly conduct, the very fact that disorderly conduct is a general charge can help you to defend against the charges. To help your attorney build your case, you should provide a detailed account of what you were doing prior to your arrest. This includes your exact locations, which could be used to argue that you were not on public property, if relevant.

Any witnesses who can corroborate your version of events should also be provided to your attorney. Because disorderly conduct is a relatively general charge, it can be difficult to prove that you were not disrupting the peace. This makes it essential to gather any evidence of your behavior possible, which your attorney can use in your defense.

If you are facing public disorderly conduct charges, be certain to contact the experienced criminal defense attorneys at David Aylor Law Offices today. Although the charge is a misdemeanor, it can still have serious impacts on your life and future, so you will want the best representation at your side. 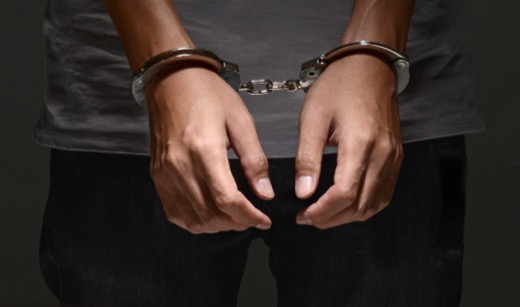 Requirements for South Carolina DUI Checkpoints You Need to Know

You have likely at least heard of DUI checkpoints, and maybe even experienced one. If you do come across one, do you know what your rights are? Are you aware that if you are arrested for a DUI at a checkpoint you may be able to challenge the legality of…