Road to Recovery After A South Carolina Auto Accident

Home » Road to Recovery After A South Carolina Auto Accident

If you’re reading this, chances are you either have already been involved or may someday be involved in a car accident. There are millions of miles of road in the United States and hundreds of millions of cars, two factors that create very bad odds for motorists cruising around South Carolina. Anyone who has been involved in an auto accident understands the confusion that follows a collision and the long road it can take to fully recovering from the harm you’ve suffered. To find out more about how to speed up your road to recovery, keep reading.

If you’ve been involved in an auto accident that resulted in physical injuries or substantial property damage, South Carolina law requires you to report the wreck to local law enforcement authorities immediately. Once police have arrived at the accident scene, you will need to exchange information with the other driver. Make sure to get the driver’s contact number and insurance information. The police officer will fill out an official accident report which will contain information about the parties involved the wreck, any witnesses, and information about where and how the crash occurred. If you think of any other useful information that may not be included in the report, jot that down too, as it could prove important later on. 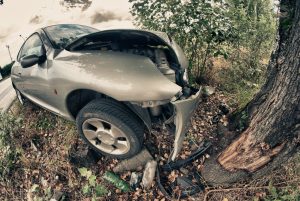 Obviously in cases where you’ve sustained serious injuries you may need to be taken by ambulance to a hospital and treated immediately. However, seeking medical attention is just as important in cases where your injuries may not seem so severe. Concussions, traumatic brain injuries, neck injuries, back injuries, spinal problems, and many other injuries can remain hidden initially and gradually get worse if they remain untreated. Seeking medical attention early on not only allows a doctor to treat your injuries quickly, but it also ensures that a record is made of what happened to you after the crash, reducing the possibility that the other side could try and blame other factors for your injuries.

One of the most important parts of recovering from a South Carolina auto accident is assigning fault for the wreck so that the injured party can recover financial damages and get back on the road to recovery. Fault is often based on one driver’s negligence, meaning that person failed to behave in the way that a reasonably prudent driver should have. That means speeding, failure to yield, failure to signal a turn or lane change or a multitude of other traffic infractions can serve as the basis for assigning fault in an accident. The plaintiff must show that the defendant failed to act reasonably while operating his or her vehicle and that this failure led to the plaintiff’s injuries.

The injured party or that person’s auto accident attorney will need to assemble evidence before filing a claim for compensation against the responsible driver and his or her insurance carrier. That means gathering medical records, medical bills, accident reports, witness statements, employment records and any other proof needed to bolster your claim for damages. Once the records are assembled, your attorney can send a demand letter to the at-fault party’s insurance carrier explaining why you deserve to be compensated for the harm you have suffered. Getting this letter out the door with sufficient detail to support your financial demands is key to putting an injured victim on the road to recovery.

Negotiate with the insurance company

After the demand letter has been sent, the insurance claims adjuster will likely spend time examining the case before proposing a settlement figure. This negotiation can go on for some time, with the insurance company proposing settlement figures and plaintiffs countering the offers with numbers and evidence of their own. The goal is to eventually settle the case for a figure that fairly compensates the injured party, allowing him or her to put the matter behind them.

The ultimate goal is to be made whole

Before jumping at any settlement offer from an insurance company, it is critical to go through the offer and make sure that the money will be enough to make the injured party whole again. That means the offer should not simply contribute some money towards the expenses associated with recovering from the accident, but the money should instead put that person back in the position they were in prior to the accident. This may mean rejecting the final offer from the insurer and instead pushing ahead with a civil claim for compensation. Though it can be scary to move forward with a lawsuit, it is sometimes the only way to ensure an injured plaintiff receives the kind of compensation they deserve.

David Aylor has assisted countless injured individuals across South Carolina and helped secure damages for the harms they’ve suffered. David Aylor understands that auto accidents can lead to stress and confusion, leaving injured motorists and their families with expensive medical bills and worry over how to move forward. If you’ve been injured in a South Carolina auto accident and have concerns, feel free to contact David Aylor today at 843.744.4444.