South Carolina is One of the Deadliest Drunk Driving States

Drunk driving is a plague in this nation, and responsible for more than 10,000 deaths per year.  There is some good news about driving while intoxicated in the United States, however.  Deaths caused by drunk driving fell by 23% from 2002 to 2012. Although the trend is heading in the right direction, South Carolina remains on top of the list for deadliest drunk driving states.

The Prevention of Underage Drinking and Access to Alcohol Act (The Act) was signed into law in July of 2007, and set the parameters for developing South Carolina’s Ignition Interlock Device (IID) program.  Governor Haley strengthened the Act when she signed Emma’s Law in April 2014, and it became effective on October 1, 2014.  Emma’s Law gave the IID program much stronger teeth, by requiring first-time offenders with a blood alcohol content over .15 to complete the program, and removing the option of non-participation from all offenders by requiring completion of the program before a non-restrictive driver’s license can be obtained.  Emma’s Law also requires IIDs to have cameras attached, and provides stiff penalties for removal of or otherwise tampering with the IID.

South Carolina’s IID program has been again strengthened by an amendment, passed by the General Assembly in May of 2015 and signed by Governor Haley on June 1, 2015.  The amendment became law upon signature by the governor, and the IID program may now penalize drivers who are enrolled in the program for several offenses.  If a participant in the program tampers with the IID installed in the vehicle or obscures or otherwise covers the lens of the camera attached, the program authorities can now penalize participants.  If a participant allows a third party, who is not driving the vehicle, to blow into the IID on their behalf so the car will start, (s)he can now be penalized as well.  All data held in the IID must now be downloaded and analyzed every 60 days by the provider.

Drivers with an offense date on or after October 1, 2014 in South Carolina must successfully complete the IID program before being legally allowed to get their driver’s license back.  Any driver who does not enroll will have his or her license suspended indefinitely.  These are all important changes to the law that will help make South Carolina roads safer for all of us, but the fact remains that at present, there are still thousands of alcohol-related car accidents in this state every year.

If You Were Injured in an Auto Accident With a Drunk Driver, David Aylor Can Help You

Being injured or losing a loved one because of a drunk driver is still a frequent and sad reality in South Carolina.  If you or a loved one has been in an accident with a drunk driver in the Charleston area, you need an experienced auto accident attorney.  Call or email David Aylor Law Offices today for a free, no obligation consultation. 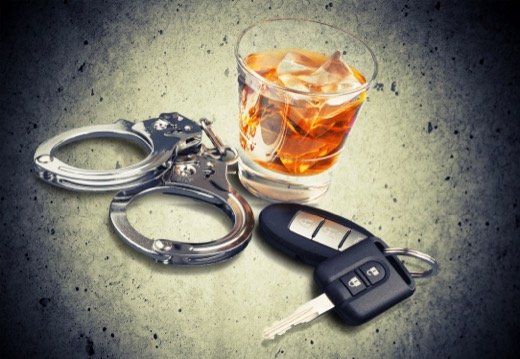